IN CASE YOU MISSED IT: LUKE LETLOW OFFICIALLY QUALIFIES AS GOP CANDIDATE FOR CONGRESS IN LOUISIANA’S 5TH DISTRICT 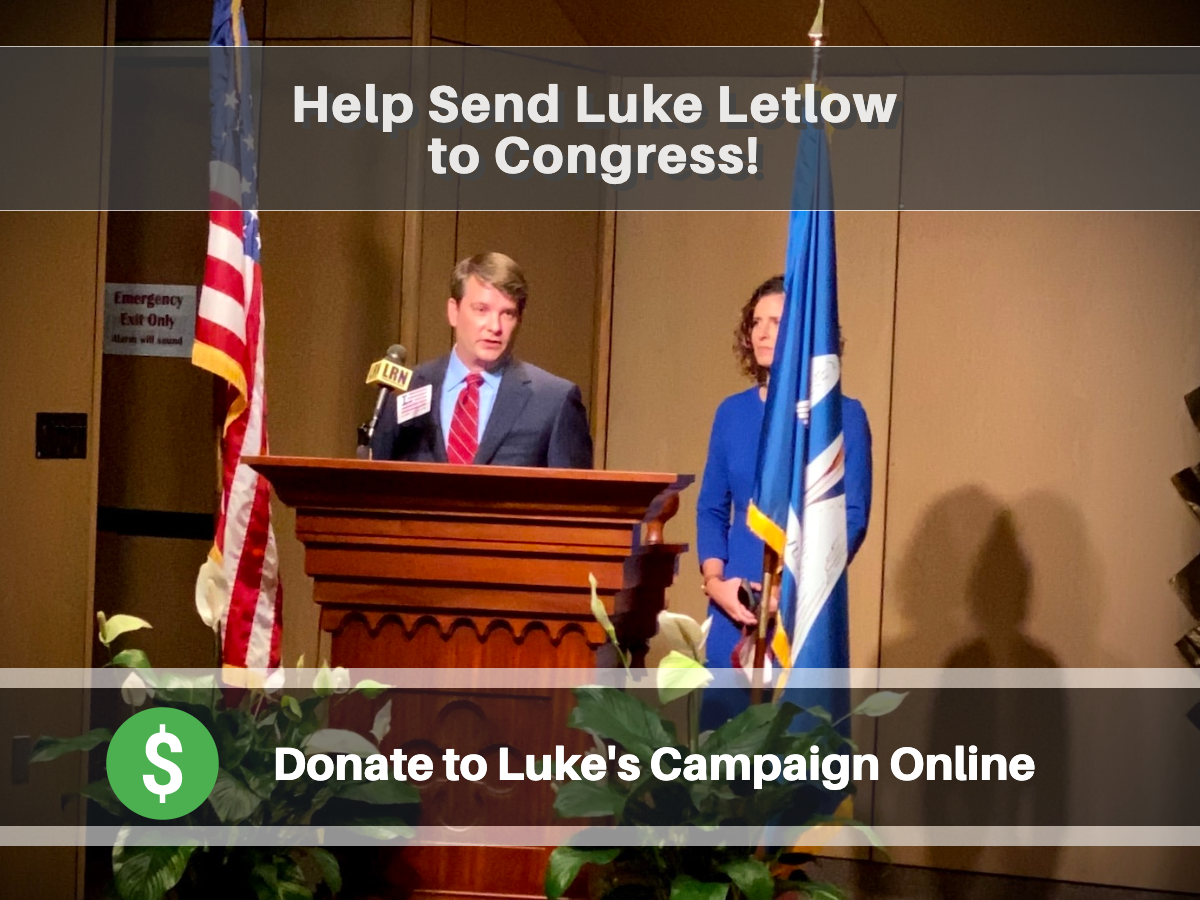 23 Jul IN CASE YOU MISSED IT: LUKE LETLOW OFFICIALLY QUALIFIES AS GOP CANDIDATE FOR CONGRESS IN LOUISIANA’S 5TH DISTRICT

On a personal note…

Thurs, July 23, 2020 – Yesterday was a special day. I officially became a candidate for Congress in Louisiana’s 5th Congressional District.

Although I’ve served much of my adult life in public service, qualifying as a candidate for public office marks a new milestone. I believe the journey I’ve taken has made me uniquely qualified to serve the great people across this district. I’ve learned from the best while serving as Chief of Staff to Rep. Abraham.

I was especially grateful to have my wife Julia with me yesterday down in Baton Rouge as we made it official at the Secretary of State’s office. Were it not for Covid-19, our two children would’ve been by our side as well. I’m committed to winning this race because I know how important it is to make sure our voice is heard in Washington.

I won’t take anything for granted throughout this campaign. I’m proud of the work we’ve done, but we must continue to work every single day.

I’m the only candidate with experience in getting results for our district at the federal level, and I’ve proven to the voters in this district that I care about the people in places like Washington Parish a lot more than I care about the insiders of Washington, D.C. I will never lose sight of the challenges we face and I’ll never forget where I come from. On day one – with your help, I will be ready to fight for Louisiana.

“Louisiana’s 5th District is a place where people are valued, faith is fostered, and character still counts.” – Luke

In case you missed it!

….Seven candidates for Louisiana’s 5th Congressional District seat qualified on Wednesday, looking to fill the position currently held by Ralph Abraham who is not pursuing an additional term.  Among them is Abraham’s Chief of Staff Luke Letlow, who says his campaign will not only run on the record and accomplishments of the current administration.

…The 5th District is the largest geographic district in the state with 24 parishes. It has Monroe and Alexandria as the population hubs, but but dips into Acadiana to take in Opelousas and into the Florida parishes to take in Bogalusa.

Letlow, Abraham’s former chief of staff, and Harris, who is serving his third term as a state representative, have secured the most financial support. Letlow has more than $500,000 cash on hand, while Harris has more than $100,000 to fuel his campaign.

Letlow has more than $500,000 cash on hand, while Harris has more than $100,000 to fuel his campaign. Letlow said he worked shoulder to shoulder with Abraham, a popular congressman who has endorsed Letlow.

“I’m going to make sure we continue the great work done by Dr. Abraham, who I believe set the bar,” Letlow said. “I’m the only candidate who has gotten results in Washington. I’m proud of what we’ve accomplished.” READ MORE