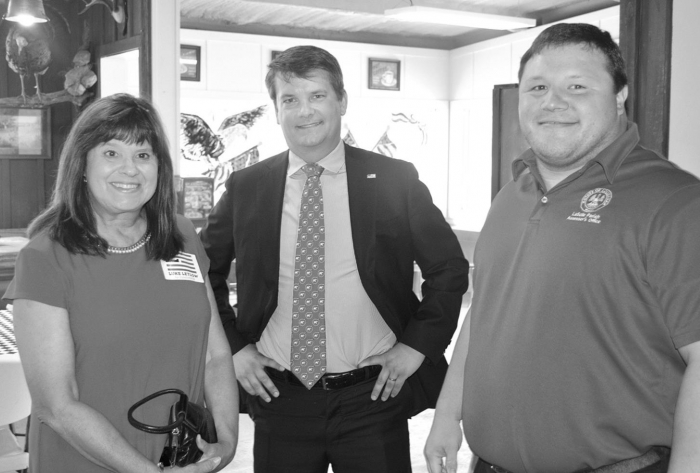 Luke Letlow, candidate for the Fifth District seat in the U.S. House of Representatives at this fall’s election, spoke to members of the Ole Boys Club in Jena last Wednesday.

Letlow has served as Chief of Staff for U.S. Congressman Ralph Abraham, M.D., since he took office almost six years ago. Abraham has announced he will fulfill a campaign promise not to serve more than three terms, and will not seek re-election this year.

Letlow told the Ole Boys Club that leaders like Congressman Abraham and President Donald Trump made Washington listen to real people and helped unleash the Great American Comeback. “And now that it’s started, we must keep it going,” he said.